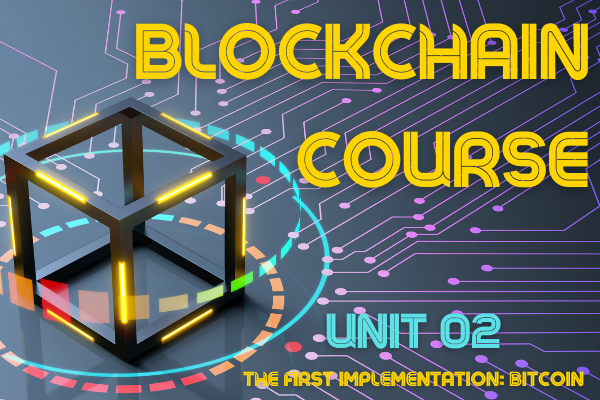 Satoshi Nakamoto’s publication appeared on October 31, 2008 and detailed the operation of a peer-to-peer network to create “a system for electronic transactions without relying on trust”, and to carry out this type of transactions he proposed the creation of a digital currency called Bitcoin.

The basis on which Nakamoto relied to record Bitcoin network transactions was the Blockchain technology. This blockchain would serve as a public ledger where anyone could consult or download it and where each and every transaction is recorded in blocks or, to continue with the simile, in pages. Once the block’s memory is full, it is added to the chain as a sequential link. This ledger is not only used to record and consult transactions, but is also essential for validating them and relaying them to the other nodes (computers) that make up the network. All this information is not stored on a single server, but is stored by all the nodes that make up the network (it is a decentralized network) making it almost impossible to hack or steal the data. The only way to hack the network would be to control most of the nodes, which is a practically impossible task.

Another interesting feature of Bitcoin is block mining, which is based on what Szabo already proposed with Bit Gold. Such mining is called the process by which all members of the network who are willing to participate in solving the cryptographic puzzle, which is nothing more than complex mathematical equations. Once one of the “miners” solves it, he/she sends the solution to the rest of the miners and nodes in the network who must check if it has been solved correctly. If there is consensus and most of the nodes agree, the miner who solved the equation adds a new block to the existing chain and receives an amount of Bitcoins as a prize.

This amount, which started as 50 Bitcoins and whose first block and prize was mined by Satoshi Nakamoto himself, is reduced by half every 4 years, this process is called “halving”. Currently, after the halving in May 2020, the reward per block is 6.25 Bitcoins and a new one is generated approximately every 10 minutes. The last halving will be in the year 2144 and there will be 20,999,999,9993 Bitcoins in circulation, which gives a finite character to this digital currency and for which, among other things, its value has multiplied exponentially in recent years. The first transaction of the Bitcoin network took place on January 12, 2009 between Satoshi Nakamoto and the aforementioned Hal Finney, who not only helped with the creation of RPoW, but was a true enthusiast and advocate of this technology claiming to be totally fascinated by what Bitcoin was proposing.

In 2013, Fynney himself explained in Bitcointalk his close relationship with Nakamoto and how they interacted to correct the errors they were finding. “When Satoshi first announced, the release of the software, I downloaded it immediately. I think I was the first person, along with Nakamoto, to run Bitcoin. I mined block 70-something, and received the first Bitcoin transaction, 10 Bitcoins that Satoshi sent me as proof. I had an email conversation with him over the next few days, where for the most part I was informing him of bugs so he could fix them.” At that time, Bitcoin had no value, although that soon changed as the idea of this type of decentralized currency was spreading through the network, and many people were joining the trend and mining the currency and exchanging it in forums as a test. Between February and May 2010 the value of Bitcoin reached 0.003$ and on May 22nd of the same year, the first transaction for a good was made. This good consisted of 2 pizzas that the user Laszlo Hayneck bought in Jacksonville (Florida) in exchange for 10,000 BTC. The purchase of these 2 pizzas has become a big event today and they call it “Bitcoin Pizza Day”. 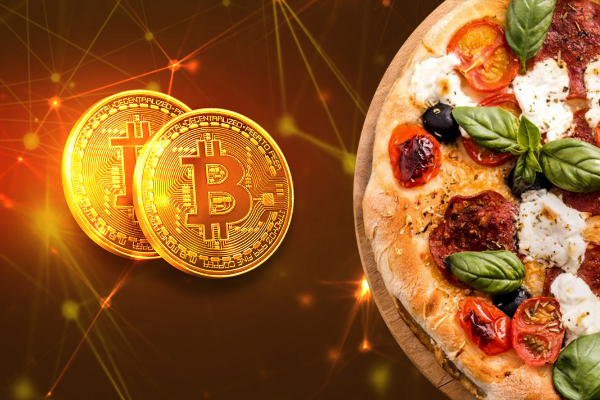 Laszlo wrote on Bitcointalk his request:

“I’ll pay 10,000 Bitcoins for a couple of pizzas … maybe 2 large ones, so I’ll have some left for the next day. I like to leave some pizza to eat later. You can make the pizza yourself and bring it to my house or order it from somewhere with delivery, but what I want is to have the food brought to me in exchange for Bitcoins without me having to order or prepare it myself. It’s like ordering a ‘breakfast plate’ at a hotel or something, they just bring you something to eat and you’re happy! I like things like onions, peppers, sausage, mushrooms, tomatoes, sausage, etc., just standard stuff nothing weird like fish, or anything like that. I also like regular cheese pizzas which can be cheaper to make or buy. If interested, let me know and we can work something out. Thank you, Laszlo”

From that first transaction the price of Bitcoin continued to rise over the years until on December 17, 2017 it reached its all-time high of $21,000 in South Korean exchanges, which put Bitcoin and the other cryptocurrencies that were created over the years, on the world economic chessboard and stopped being seen as a thing of a few crazy people for many companies, banks, investment groups and large capitals to take it very much into account.

So far we have focused on talking about how Bitcoin is structured and how it works, however, what is really important for the ordinary user is what are the advantages that this virtual currency can bring and what qualities make it so revolutionary. The main advantages that Bitcoin brings with respect to fiat money are:

– There is no need to provide personal information to make payments with Bitcoin, you only need a private key.
– The address of your wallet does not require personal information, so your personal data will always be protected.
– You cannot be charged commissions or hidden costs since every transaction is reflected in the Blockchain.
– Transactions are irreversible, so it protects merchants from possible scams.
– Uncounterfeitable: You cannot create Bitcoin and add them to the network illegally because the constitution of the Blockchain does not allow it.
– Takes up little space: A large amount of value can be accumulated in a simple file that can be transferred on your own cell phone.
– All transfers are anonymous and private so no person can be identified by the wallet address number.

– It can be used to transfer value from one account to another anytime, anywhere by simply holding your wallet as long as you have an internet connection.
– There is no limit to the amount and it is divisible to 8 decimal places.
– The person who has the wallet is the only responsible for its content without any authority or private entity having access or control over it.
– There are no intermediaries in the operations, since it is done point to point.
– The fees are very low compared to the classic methods.
– Payments are made quickly.

– The blockchain is public and can be verified by anyone at any time.
– The system cannot be manipulated by anyone as it is cryptographically protected.
– It is possible to know the amount of Bitcoins accumulated in any wallet while maintaining the anonymity of the owner. 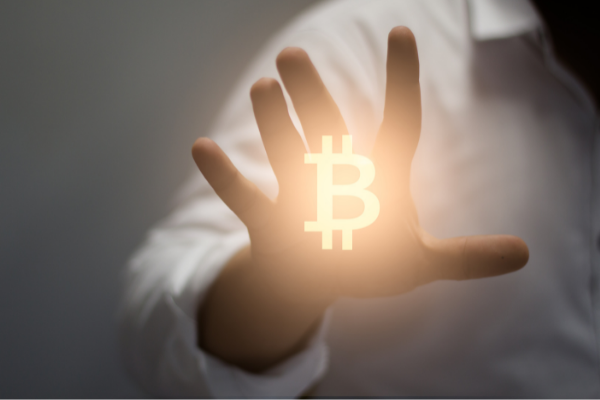 Despite all these advantages that Bitcoin can bring with respect to the fiat monetary system, it is not perfect and has some disadvantages that are also necessary to know.

– Despite having gained great fame in recent years, it is still a technology that few people know about.
– Its use is still somewhat complex for most people, although the level required for access is increasingly being reduced.
– There are few companies that accept it as a means of payment due to the lack of knowledge, which makes its popularity difficult.

– The price of Bitcoin is extremely unstable and can gain or lose up to 40% in a single day.
– This instability makes it an unsuitable currency for payments.
– It is very sensitive to changes in its price due to rumors, events or news related to it.
– There is still no clear legislation on cryptocurrencies so the price is very manipulable by large investment groups.
– The issuance limit prevents the loss of value of the currency, but, on the contrary, it may incentivize people not to spend them and just accumulate.

Beyond these advantages and disadvantages, the creation of Bitcoin has opened a new door to explore in the global economy and may, in time, become a fully implemented and socially accepted system.

It is curious that a technology of this type, with the future applications that it has and that is called by many to be the digital gold, it is still not known who created it. Satoshi Nakamoto we have already seen that it is a pseudonym, but shortly after its publication and testing with Finney in 2008, it disappeared without, to this day, we know who is really hiding under that name.

As a final anecdote, in 2013 Bitslog published a detailed analysis of the amount of Bitcoins that could be in Nakamoto’s possession, the result being 1,148,000 BTC, which would be equivalent today to about 12.6 billion dollars, making him one of the world’s largest fortunes. 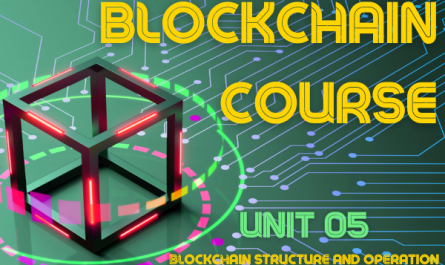 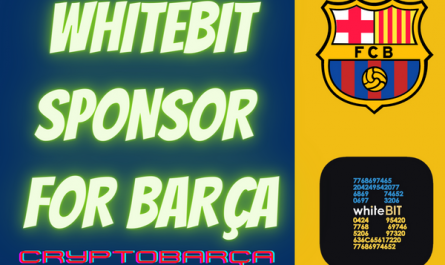 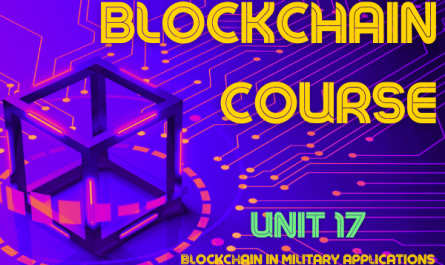